Isandla Institute is offering a 6 - 7 month internship opportunity for post-graduate students. The intern will be part of a project on integrated area-based violence prevention, which has a strong emphasis on knowledge production, peer learning, awareness raising and advocacy. A primary focus of the project is to facilitate learning exchanges between civil society organisations and government stakeholders on safety and neighbourhood development. The successful intern will be given an opportunity to learn in a dynamic and engaged working environment and sharpen her/his skills in relation to research, logistics, administration and media communication.

To qualify for the internship, you need to have an Honours or Masters degree or be enrolled for a postgraduate degree in urban studies/geography/development studies/political studies, or equivalent. We are looking for someone with a strong research background, with good writing skills and who is very organised.

To apply, please submit the following to This email address is being protected from spambots. You need JavaScript enabled to view it. by Friday 6 November 2020:
- A letter motivating why you would like to participate in the internship programme;
- A copy of your CV with two contactable references; and,
- A sample of written work. 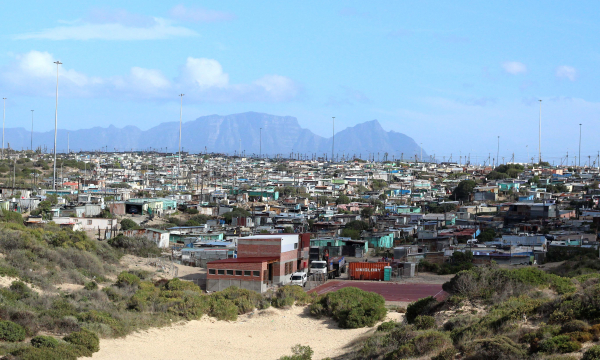 Isandla Institute has joined voices with a group of CSOs from across the country to contest the de-densification of informal settlements as the central thrust of the human settlements response to COVID-19. Rather, we propose the release of well-located land, accelerated incremental in-situ informal settlement upgrading, and strong social cohesion among other short-, medium- and long-term responses.
You can read about our joint submission here:  https://www.dailymaverick.co.za/article/2020-04-20-de-densification-of-informal-settlements-as-a-crisis-response-is-bad-short-term-thinking-14-civil-society-groups/
Please download the full submission below.
We remain committed to social justice, equitable development and community agency during this critical moment. This submission is offered in the spirit of constructive engagement, in the hope that it will inform a thoughtful, broad-based national conversation about what constitutes an appropriate human settlements response to COVID-19.
Read More 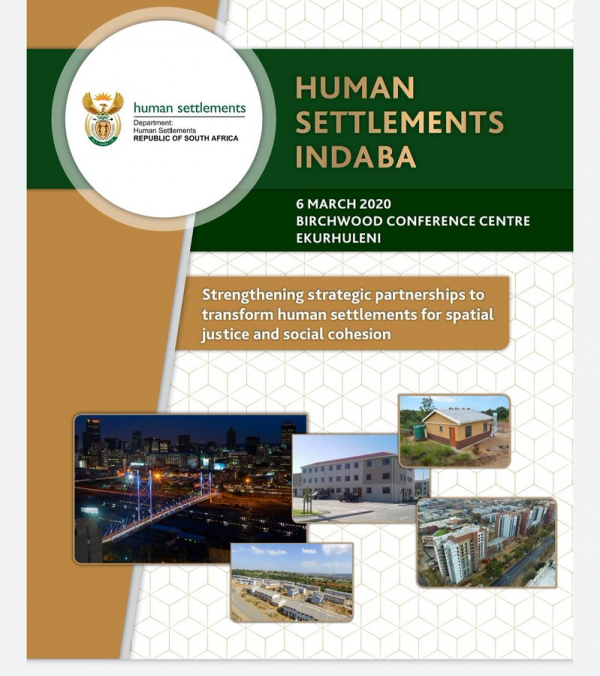 On 6 March 2020, Isandla Institute attended the Human Settlements Indaba, hosted by Minister Lindiwe Sisulu. Under the theme “Strengthening strategic partnerships to transform human settlements for spatial justice and social cohesion”, the Indaba brought together representatives from various sectors of society including government, mining, engineering, youth development, civil society, banking and finance, research institutions and academia. The Minister called for enhanced relationships between the spheres of government and other stakeholders.

The Indaba culminated in a signed declaration by select representatives. The declaration made a number of commitments to support the achievement of the 2019-2024 MTEF targets. Isandla Institute acknowledges the willingness of the Department to work in partnership with other government departments and other sectors of society, and welcomes this as a response to some of the bottlenecks in the sector and other developmental challenges.

However, we note with concern the way that this declaration emerged and was subsequently ‘adopted’ without opportunities for review and feedback. In her speech, the Minister suggested that the declaration was the culmination of a consultation process with stakeholders. While we are unaware of what that consultative process entailed and how it was facilitated, we believe that it would have been proper for the Department to share the draft declaration for input and refinement prior to its adoption. After all, it is only when stakeholders jointly craft such a declaration that we can truly speak of a social compact.

Furthermore, some of the signatories to the declaration do not necessarily hold any formal representative role on behalf of a particular sector; the civil society sector is a case in point. This then creates a false impression of a widely accepted consensus, with the Department assuming that all stakeholders can be held to account for its success or failing. There is a further risk that the declaration of partnership may (inadvertently) be used to absolve the National Department of its mandate, its commitments and its obligations to the people of South Africa.

Had Isandla Institute been offered an opportunity to engage on the draft declaration, we would have noted that the declaration does not give adequate emphasis to the role of communities as co-producers of human settlements. Instead, the declaration seems to imply that external actors will ‘create’ an active citizenry and sustainable communities.

We would also have observed that the commitment to security of tenure is about more than the issuing of title deeds. Informal settlement residents need alternative modes of tenure security, which receives little attention in the declaration. This oversight does not inspire confidence that incremental informal settlement upgrading has been prioritised.

Furthermore, we would have suggested that more attention is given to collaboration and partnership modalities with civil society organisations, with a commitment to address bureaucratic, fiscal and regulatory blockages that stand in the way of such partnerships.

As a critical actor in the human settlements sector, Isandla Institute is committed to working with government departments and other sectors of society towards just and sustainable urban habitats. We will continue to seek out partnerships and hold government accountable for its commitments, mandates and actions. 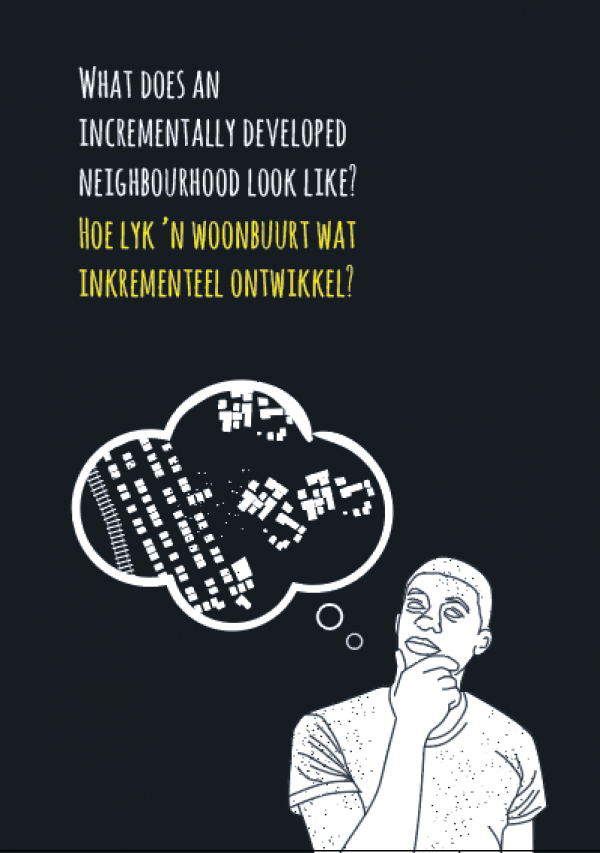 This graphic novel appeals to our imagination about how an incrementally developing neighbourhood could look like. It is a visual depiction and interpretation of in-situ upgrading policy as it unfolds in practice over time. NGOs, municipal officials and community development practitioners can creatively use this resource in community engagements and to advocate for community needs and aspirations in an upgrading project. This product was jointly developed by Community Organisation Resource Centre (CORC), Development Action Group (DAG), Habitat for Humanity South Africa, Isandla Institute, People’s Environmental Planning (PEP), Ubuhle Bakha Ubuhle (UBU) and Violence Prevention through Urban Upgrading (VPUU). 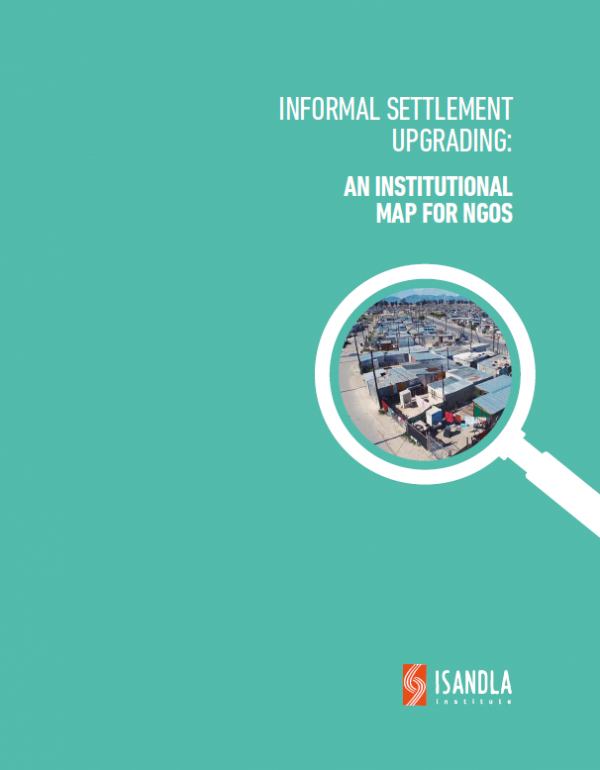 This booklet intends to support NGOs and the communities they work with to understand the institutions involved in upgrading projects and better navigate related governance processes. 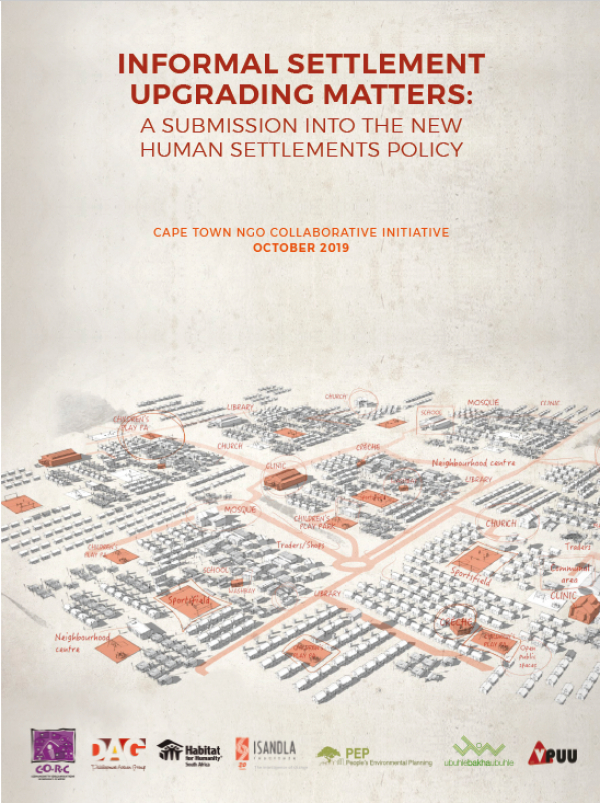 We believe informal settlement upgrading is key to developing inclusive, liveable and sustainable neighbourhoods and addressing urban poverty and inequality in South Africa. The submission draws on the everyday practice of the contributing organisations, and makes recommendations regarding the following: 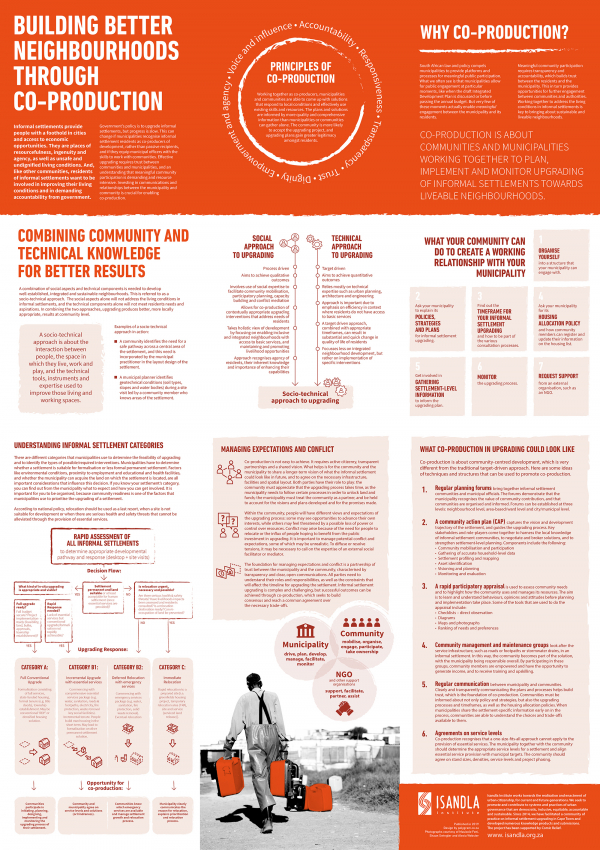 We are excited to share our latest resource for informal settlement upgrading practitioners and community leaders. This poster is an accompaniment to the the guide for municipalities, "Advancing a Co-Production Approach to Upgrading Informal Settlements in South Africa". It promotes communities and municipalities working together to plan, implement and monitor upgrading of informal settlements towards liveable neighbourhoods. 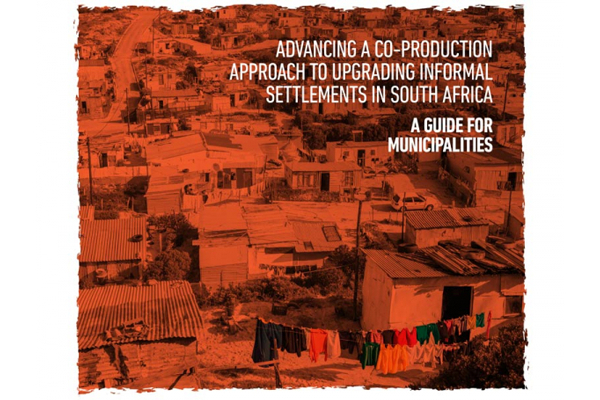 Advancing a co-production approach to upgrading informal settlements in South Africa: A Guide for Municipalities

This guide navigates the various moments in the upgrading process that present opportunities for greater community participation and co-production. It identifies possibilities for co-production and the relationships between all actors in an upgrading project. The guide responds to the realities and constraints facing municipalities, and seeks to assist officials in creating the space and shifting the mind-set across all three spheres of government towards co-production in informal settlement upgrading. 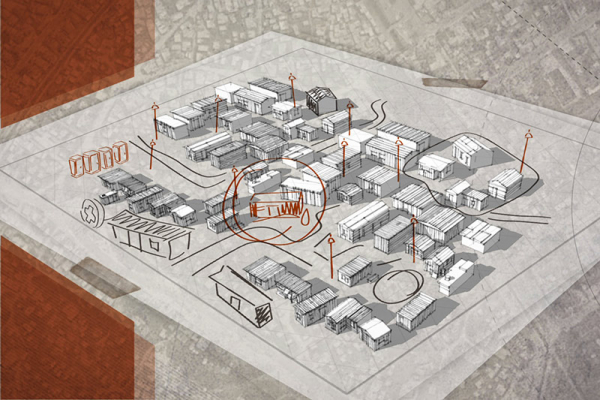 Isandla Institute is hosting a national conference on 12 – 13 June 2019, entitled “Urban citizenship as a verb: Facilitating action through coalitions for change”. The conference is an opportunity for practitioners, activists and analysts from different sectors to share knowledge, practice and policy responses on how to support, expand and sustain urban citizenship.

The programme is structured to reflect on urban citizenship from a variety of perspectives, including the urban political system; urban land reform; shelter and informal settlement upgrading; employment; nutrition and the urban food system; and, environmental sustainability/resilience. There will also be a focus on the role of collaboration and urban coalitions in bringing about change.

The Urban Citizenship Conference marks the conclusion of a 5½-year project and commemorates Isandla Institute’s 20th anniversary – an occasion for reflection, celebration and forward-looking!

For more information about the conference, send an email to This email address is being protected from spambots. You need JavaScript enabled to view it. 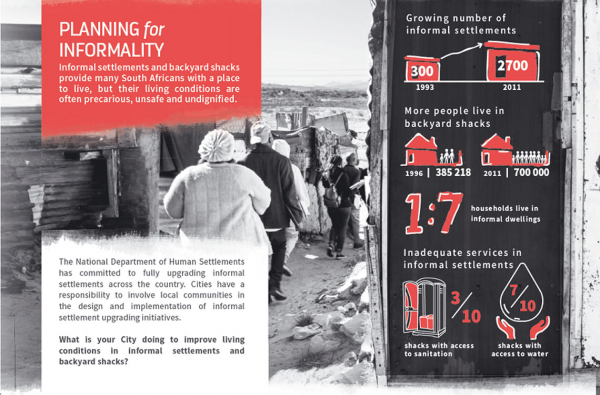 The Planning for Informality web tool was developed by Isandla Institute in partnership with Open Data Durban and launched in August 2017.

Municipalities, mandated by the National Department of Human Settlements, have committed to upgrading 750 000 informal settlement dwellings by 2019. Comprehensive informal upgrading strategies and plans are important elements in achieving this goal. The web tool tracks how the major metros are progressing towards this, based on reporting and policy commitments in core annual municipal documentation. The core municipal documents include the Integrated Development Plan (IDP) reviews, Built Environment Performance Plan (BEPP), Service Delivery Budget and Implementation Plan (SDBIP), and Medium Term Expenditure Framework (MTEF).

The Planning for Informality web tool determines the progress of South Africa’s response to informal settlements. A better understanding of informality in South African cities will allow for better decision-making and analysis. The web tool also opens up data about municipal upgrading plans and strategies and makes it accessible to a wider audience for transparency and accountability purposes.

We invite relevant government officials, the NGO community, concerned citizens, and community leaders to engage with the web tool.

To access the Planning for Informality web tool, visit www.planning4informality.org.za